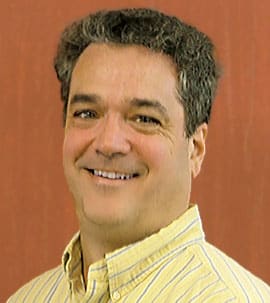 MORNING COMMUTE: Welcome to Morning Commute, where it’s all about music and mortgages.

And the music for this morning’s commute was: Led Zeppelin IV. Also known as the “Zoso” album. What can I say … it’s another total classic album from one of the powerhouse bands of the 1970s. The “deluxe” version I have on CD is interesting in that it provides an alternate studio version of each of the original tracks. These additional tracks are sequenced the same as the original, which I think is kind of neat because, if you want, you can hear the full album with the songs in the same order, but only each song is an out-take.

For many years my favorite track from this album was “Four Sticks,” but now it’s “Battle of Evermore.”

The Bureau of Labor Statistics released a decent jobs report for February, showing that non-farm payrolls increased by 235,000 workers. This increases the chance that the Federal Reserve will raise its benchmark interest rate when it meets next week.

Employment gains occurred in construction, private educational services, manufacturing, health care and mining. The gains were particularly strong in the construction segment partly due to the fact that it has been unseasonably warm this winter and, thus, firms have been able to start projects sooner. About 58,000 construction jobs were added in February. What’s more, about 177,000 construction jobs have been added during the past six months, according to the report.

An ongoing concern for the housing and mortgage industries is that wage growth is not keeping up with the pace of home price appreciation, thus putting home affordability further out of reach for more Americans.

Steve Hovland, director of research for HomeUnion, points out that home affordability will only erode further after the Fed hikes, which is now fully expected to occur, as this will ultimately lead to a rise in mortgage interest rates.

“Wage growth, which has long been cited by the Federal Open Market Committee (FOMC) as a reason to abstain from interest rate hikes, was 2.8 percent during February,” Hovland says in a statement. “Over the past six months, wages have posted an average year-over-year improvement of 2.7 percent. Although the Fed would like to see wage growth above three percent, momentum in the sector will keep the FOMC on the current path. However, the gap between how much workers earn and home prices continues to widen. January prices for owner-occupied homes were 11 percent higher over the past 12 months.”

Hovland notes that mortgage rates “have been relatively stable through the first 10 weeks of the year” and that “a more aggressive Fed stance could encourage financial institutions to act ahead of anticipated movements in the overnight rate.”

“After several years of false starts toward the normalization of interest rate policy, financial institutions are justifiably hesitant to price mortgages in conjunction with the FOMC’s own projections,” he says. “Elevated completion also keeps lenders waiting until the last minute to move their retail offerings, particularly as lending standards loosen.

“An unraveling of Dodd-Frank could mute the Fed’s actions in regards to mortgage rates,” Hovland adds. “Given the state of the economy on the eve of the second quarter, we expect the 30-year mortgage rate to end the year in the high-four percent area.”

“The increase of 235,000 non-farm payroll jobs soundly beat the already high expectation of 195,000 jobs,” Fleming says. “The ISM manufacturing and non-manufacturing employment indices for February already indicated a 215,000 non-farm payroll jobs increase. This combined with drop in the unemployment rate to 4.7 percent and 2.8 percent year-over-year growth in wages are all signs of a strong labor market.

“Specifically for the housing market, construction employment continues to add jobs, 177,000 over the last six months,” he adds. “It’s interesting that specialty trade contractors, and heavy and civil engineering job categories were highlighted – a sign of growing demand for home improvement and infrastructure development, perhaps.”

“Based on CME Federal Funds futures prices this morning, before the release, the odds of a Fed rate increase at the meeting next week was already over 90 percent,” he continues. “This employment situation report only gives more reason for the Fed to move sooner rather than later.” 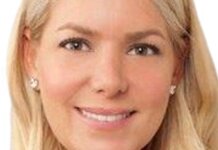 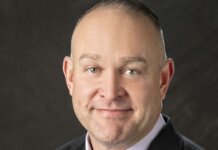 Why Would a Branch Move in Today’s Challenging Market? 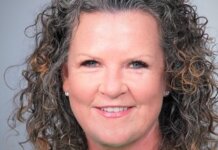 Education is the Key to Removing Barriers For Underserved Borrowers