BLOG VIEW: The next month will likely be a busy one for professionals in real estate owned (REO) circles as they gather their thoughts and respond to the Federal Housing Finance Agency's (FHFA) newly released request for information (RFI). The RFI, according to the FHFA, seeks recommendations for how the federal government can shed some of its extensive REO inventory.

"The RFI appears to be focused on ways to get investors to buy REO, particularly in bulk transactions,’ Mortgage Bankers Association President David H. Stevens said on a "State of Foreclosure Prevention" conference call Wednesday. "And there appears to be consideration for things like providing opportunities for the existing owner of the home to stay in the home as a tenant, but also ways to make these bulk transactions work effectively."

Some of the more creative solutions at the time even called for deed-for-lease initiatives that could eventually lead into lease-to-own programs. The idea here would be that borrowers could avoid foreclosure, stay in the home and keep alive the opportunity to someday return to homeownership.

Servicers, however, were not especially hungry for the landlord liabilities that come with renting out REOs, as it turns out.

"The leasing business is doing well," Alan Paylor, president of RMS subsidiary REO Leasing Solutions, said in a phone call Tuesday, prior to the FHFA announcement. "It's just taken a different path than we predicted."

"I think you'll find that everybody would love to have a program where you have an existing tenant and immediately move them into a lease-to-own strategy," he added.

Wednesday's RFI from the FHFA could change that. In an article last month, The Wall Street Journal first indicated that officials inside the Obama administration see potential in the REO rental idea. Fed Chairman Ben Bernanke alluded to the concept in recent congressional testimony, asking if there was a way to provide incentives for investors to convert homes into rentals.

But a key consideration, according to Paylor, is the need for REOs to be rehabbed. Property management laws require rentals to be habitable, "and some of these [REO] properties are in disarray." In its RFI, the FHFA specifically requests proposals that address repairs and rehabs.

Another x-factor is whether the agencies will figure out a mechanism that allows for REO disposition en masse. Private investors buy in pools, Paylor said, adding presciently that government support may be useful in reducing the supply-demand imbalance.

"Otherwise, we're just going to continue to have the small players in there," he said. "They're going to buy a few of these properties, bit by bit, and the shadow inventory's going to sit there."

On Wednesday's call, Stevens noted that the homeownership rate has fallen from its peak of 68% to around 66%. The excess inventory will have to be absorbed somehow.

"Investor financing and ways to move some of these foreclosed properties into the investor community without having to depend on cash financing is going to be critically important," he said. "Likewise, being able to do bulk transactions, rather than loan-by-loan transactions in the REO space, could add significant value to the recovery by getting a lot of this property off the market in a very efficient way.’ 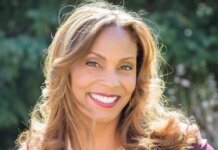 A Holistic View of the Lending Process

Mortgage Losses Due to COVID-19 a Major Investor Concern

From Forbearance to Post-Forbearance: How to Make the Process More Effective