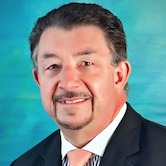 BLOG VIEW: In the days following one of the most unique presidential elections in American history, the scene was anything but “business as usual.” Turmoil in the global markets, protests in the streets, rejoicing in the “red states” and endless speculation (or analysis) marked the beginning of an unusual transition period as the 45th President of the United States prepared to take office.

Lost in the initial clamor, however, was any reliable evidence as to what a Trump administration could or will mean for the American housing and real estate industry – one of the pillars of the American economy.

As the days passed, the markets settled down. The protests retreated from the streets to social media and TV commentary. And President Donald Trump began to speak of his intentions. The nominations of Dr. Ben Carson (Housing and Urban Development), Steve Mnuchin (Treasury) and Wilbur Ross Jr. (Commerce), however, sent the strongest of signals. The comments of these nominees, their backgrounds and the statements of the then president-elect himself confirmed those signs. This will be a hands-on, yet pro-business, team.

So, what does that mean for real estate?

A business leader who cut his teeth in the commercial real estate industry, Trump’s reputation is that of a pragmatic, deal-maker. Although many are drawn (or repulsed) by his rather flamboyant public persona, most in the business world who have dealt with the new president would agree that, when the time comes to get down to business, Trump’s concern is finding common ground.

This is the business-like side of the Trump personality: The Dealmaker.

That Donald Trump has even gone so far as to acknowledge that some elements of the erstwhile Affordable Care Act might be worth saving. The Dealmaker is the candidate who reached out from time to time over the course of his hotly contested campaign, occasionally tapering back some of his most outrageous policy proposals and promises. It was The Dealmaker who delivered an eloquent plea for unity in the waning moments of Election Day and The Dealmaker who promised to unite Americans once in power.

A thorough examination of Trump’s considerable and lengthy history in the public eye over the decades shows a man unafraid to change his position on any number of stances, in spite of what he may have said in the past. Supporters would suggest this Trump is the person who built a commercial real estate empire or who sought the Democratic nomination for the same position decades ago. To them, he is a pragmatist, not uncomfortable with going back on his statements where doing so could bring positive results.

On deregulation and bureaucracy

One element of the Trump agenda that will have a clear impact on the mortgage and housing industry is the administration’s disdain for “overregulation.” Trump the candidate spoke of the fact that too high a percentage of mortgage costs today are the direct result of regulation. On the topic in general, Trump has spoken of a moratorium on new regulation and called for cost analysis. He has also clearly and repeatedly stated that the early days of his administration will include copious revocations of executive orders enacted by the previous regime.

Similarly, the very atmosphere in which directors, chiefs and agency heads operate will undoubtedly be more tightly controlled than previously. Undoubtedly, successful or not, this could lead to a chilling effect on the current atmosphere of regulatory activism. Fearful for their existence, we might see some agencies exercise greater self-restraint. This could, to a degree, encourage more activity in the marketplace – provided the trend is consistent. Such an atmosphere might free mortgage-related businesses from the internal focus they’ve adopted as they’ve hunkered down in the face of an avalanche of costly regulation.

Mortgage leaders have exclaimed time and time again in recent years that the biggest perceived threat to their businesses is uncertainty. That uncertainty is likely to dissipate on the regulatory front, leading to an increase in the creative and qualified risk-taking without which economic growth rarely happens.

Of course, history has proven that rolling back administrative action is not a simple task. Trump would not have the same power to curtail regulatory activity at the state level (although he could certainly influence it to a degree). Even worse, a protracted battle with an agency or agencies could lead to the very result the administration seeks to eliminate: uncertainty in the marketplace. There also exists the real possibility that Trump the Dealmaker would back off of some elements of regulatory reform in an effort to reach accord on some of his higher priorities. That having been said, the odds are heavily in favor of a new prevailing wind within the Beltway: one that frowns upon regulatory activism. As a result, the people of the Consumer Financial Protection Agency, the Federal Housing Finance Agency (FHFA), the Federal Housing Administration, the FDIC and possibly even the U.S. Department of Housing and Urban Development are watching the early days closely.

We heard broad principles from Trump about his economic plans on the campaign trail, and these focused on stimulating the economy to create jobs. It appears that a Reagan-like approach of supply-side economics built on large tax cuts, corporate enticements and the like will be the primary means of encouraging that growth. Freed of their tax and regulatory burdens, American corporations (including those in the mortgage industry) would be the catalyst for that growth: more jobs, higher wages and more investment.

However, Trump is not the traditional conservative Republican and has repeatedly stated a willingness to spend and invest where it facilitates growth. To that end, there has been discussion of a historic infrastructure spending bill that would prove to be anything but the work of a conservative Republican. The goal would be more jobs, reduced costs for production and, eventually, more liquidity in the marketplace. Improved infrastructure, of course, would also facilitate the logistics of business and transportation. All good results for the economy and, in all likelihood, the mortgage industry.

It also seems quite likely that the Trump administration will finally allow or even encourage the “normalization” of historically low interest rates. Held in check for well over a decade, higher rates could be a mixed blessing for mortgage businesses. Of course, the immediate effect (short term) of higher rates will prove to be the long-awaited arrival of a true purchase market, replacing the refinancing era. As the market stabilizes, however, those increased rates could also lead to improved margins for most mortgage businesses – something lost to compliance costs in recent years.

Finally, Mnuchen made headlines in late 2016 by stating unambiguously that there would be government-sponsored enterprise (GSE) reform and that it would include “privatization” of both Freddie Mac and Fannie Mae. Later signals suggested that this is not a top priority for the administration, so it may be months or even years before this becomes reality. However, for GSE investors and Wall Street in general, the prospect of finally un-tethering the economic behemoths from the FHFA, as well as the likelihood that both GSEs will finally be allowed to increase their capital cushions, would bode well in many ways for the businesses of the mortgage industry.

It’s highly likely that the next four (to eight) years will see an administration that wants to leave a lasting, positive legacy. As there is with any administration, there will likely be missteps, public feuds and even policy backtracking from time to time. The Republican-led Congress will not necessarily fall into lockstep with the administration on every issue. And it’s already clear that the Trump administration will be unlike any other in our history. However, over a period of 30 years, Trump has shown an unparalleled ability to reinvent his “brand” to suit his purposes. This skill will not abandon him with his change of residence. We will see it in his willingness to negotiate toward the creation of a pro-American business environment.

Trump has also shown (especially with his recent campaign) an uncanny ability to build coalitions or ad hoc partnerships that agree only on the issue at hand. If anything, it seems likely that he will use this ability to float between the conservative Republicans who reluctantly supported him and the more populist base comprising “Reagan (or labor) Democrats.” He’ll manage hurt feelings or the perception of betrayal on certain issues as he always has: with a mixture of bravado and position adjustment.

With this in mind, it seems most likely that the Trump administration will facilitate – or, at the least, not impede – some level of growth for the housing industry. At the very least, we can expect some effort at deregulation, which could, at a minimum, discourage some of the most activist bureaus and agencies of recent years. It also seems likely that, be it focused on a great wall, better roads or other massive projects, Trump’s administration will spend money in an effort to create jobs. Any time the federal government puts liquid into the marketplace, at least some of it will find its way into the housing market.

Although we can’t say for sure what will happen, there can be no doubt that the next four (or eight) years will likely change the way we view presidential politics. From a mortgage industry perspective, it’s clear that – unlike the past eight years – this American economic engine will again be given some breathing room in the hopes it can help drive the economy to greater improvement. 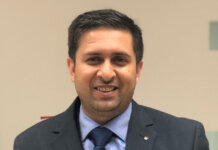 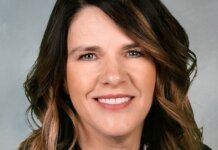 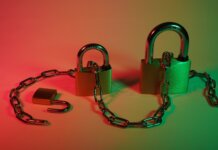