BLOG VIEW: The share of gig workers – independent contractors, online platform workers, contract workers, on-call workers and temporary workers – has increased significantly during the past several years: a trend that has been accelerated by the pandemic.

Unemployment during the peak of the pandemic was at 14%. Twelve percent of these unemployed people picked up gig work for the first time. Due to the influx of competition for the same gig jobs, 59% of freelancers saw a dip in income. In addition, 17% of gig workers saw no payment from clients or contractors, or significantly delayed payments.

There are many benefits to the gig style of work: better quality of life, lower barriers-to-entry, higher pay and flexible hours, to name a few. Sixty-five percent of gig workers believe that having a variety of clientele provides more job security than a full-time job.

There are, however, numerous challenges to gig work. Workers’ rights, working conditions, and pay are among the long list of barriers within the gig economy. Gaps in outdated employment laws allow gig companies to exploit workers to gain a competitive advantage.

And, the daily earnings of most gig workers is directly proportionate to their ability to work. Any medical setback (like COVID-19) brings their income to an immediate standstill, with no protections in place.

Spain tried to fix these issues but it did not work. As per an article on Wired UK: “The rider law is the Spanish government’s response to protests against job insecurity and low wages in the gig economy. Tailored to improve working conditions for riders, it became effective on August 12 with little success. Instead of forcing gig economy companies like Deliveroo and UberEats to provide employee status for their riders, the law has caused them to outsource and tweak their apps to avoid changing their business models. But the most extreme evasion tactic came from British unicorn Deliveroo, which unveiled plans to leave Spain entirely.”

There are not yet specialized loan options to help gig workers achieve homeownership. But banks and startups are aggressively exploring new, specialized types of loan products to meet consumers’ evolving needs and lifestyles.

So how can the mortgage industry help gig workers attain homeownership? Rethink income analysis. Gig work and the growing gig economy are forcing many institutions to rethink the entire underwriting process.

If gig workers can successfully become homeowners, it will help stimulate the overall economy. In order for mortgage lenders to tap into this unserved market, they will need to remove the barriers that make it difficult for gig workers to buy a home.

Further, lenders must make the effort to build life-long customer relationships with gig workers who have demonstrated that they are ready to own. The time to act is now.

Paresh Deshpande is a senior client partner at Tavant with over 20 years of mortgage industry experience. 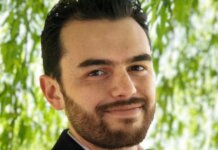