PERSON OF THE WEEK: The COVID-19 crisis and subsequent passage of the CARES Act has resulted in a deluge of mortgage forbearance requests that stands to cripple the mortgage servicing business.

Under the Act, mortgage servicers are required to provide forbearance on loan payments for up to 12 months for homeowners who are economically impacted by the COVID-19 crisis.

A homeowner applying for a forbearance program, under the Act, doesn’t need to demonstrate any hardship – they need only verbally inform their servicer that they’ve been impacted.

The problem with the Act is that it will potentially result in a huge “liquidity gap” for mortgage servicers, as they must continue to make payments to bondholders during the forbearance period. Without any credit facility from the federal government, this liquidity gap is expected grow into the tens of billions of dollars. Although the Federal Housing Finance Agency, Ginnie Mae and other housing finance entities have implemented measures to help cover the gap and protect servicers, there remains serious concerns that these measures won’t be enough to stop some servicers from going belly-up – particularly smaller, nonbank servicers that may not be adequately capitalized.

So how bad will the damage be, when all is said and done? And how might servicers mitigate their own losses in this unprecedented situation? To find out, MortgageOrb recently interviewed Camillo Melchiorre, president and director of regulatory compliance for mortgage software firm IndiSoft.

Q: What do you see as the major difference between the mortgage foreclosure crisis during the Great Recession and what is brewing today?

Melchiorre: The main difference is that the mortgage foreclosure crisis from earlier this century was a top-down event whereas the current impending crisis is a bottom-up occurrence. What I mean by that is the former real estate and economic collapse began in the subprime, securitization and capital markets, then quickly spread to the entire mortgage market and down to the consumer level. The current crisis was triggered by the COVID-19 pandemic at the citizenry-level not only as a health crisis but the resulting shut-down of a robust economy slammed homeowners with blunt force.

Despite short-term and expected longer-term homeowner relief, the foreshadowing of another mortgage foreclosure dilemma is lurking. Furthermore, the automatic-upon-request forbearance provision of the CARES Act is a precursor to a monumental wave of delinquency, default, loss mitigation and foreclosure activity which will probably materialize within six to 12 months. This is without considering a decline in property values which will likely follow in areas prone to boom/bust economies.

Along with the impending increase in default frequency we can expect a corresponding increase in loss-severity which will affect the foreclosure alternative options available to homeowners.

Q: What challenges do you see for mortgage servicers as the situation worsens?

Melchiorre: I do not think Steven King could have devised a more horrific scenario for the mortgage servicing industry. Even before payments were due April 1, servicers began receiving a huge wave of calls regarding a relatively straightforward no-fault, no-document forbearance offer mandated by the CARES Act. At the same time, servicers were transitioning their workforces and call-centers to a remote operational model, which became a real-time business continuity exercise rife with disruptions, breakdowns and unavoidable degradations in service.

Companies with respectable self-service, consumer-direct web-portals are still having difficulty because of the unique nature of this disaster.

Consumers are experiencing unheard of stress-levels, confusion and even panic. They want to speak to someone to better understand things and allay their fears.

The real challenge will arrive at the end of the first wave of forbearance agreements when traditional loss mitigation options will be in play. The number and complexity of those will determine the degree to which servicers’ capacity levels will be tested.

Q: Industry experts have raised concerns about servicer viability considering the capital drain caused by the massive CARES Act Forbearance Agreements. How real is this concern?

Melchiorre: Unfortunately, it is a frightening reality. It is also emphasizing the stark difference between what we are facing today and what happened during the Great Recession where loss mitigation was rarely available for non-delinquent mortgages. There was the concept of “imminent default” that was developed, but it had eligibility and hardship criteria.

As I mentioned earlier, now there are millions of homeowners current on their mortgages in March who sought relief under the CARES act before their April 1 payment was due, forcing servicers to prepare for principal and interest (P&I); tax and insurance advances that may create a fatal liquidity problem.

The recent ruling by the GSEs to limit P&I advances is helpful in the short term, but may be only palliative unless longer term support is fashioned by the GSEs and the government insurers.

Financial pressure of this degree is coming at the worst time and may force servicers to cut expenses to survive when there has never been a greater need for resources to manage the volume and complexity of challenges at their doorstep.

Q: Are there technology solutions available to assist servicers in this battle?

Melchiorre: Many servicers have improved their borrower-engagement and response processes since the last industry crisis by deploying self-service applications farther upstream in the default and loss mitigation operations.

As you might imagine, there is a wide range of sophistication and usability out there as some servicers have gone all-in as a strategic decision and others have made a nominal effort and investment. Nonetheless, a point-of-contact application which is robust enough to minimize call-center activity while providing a favorable customer experience is a worthy objective in good times but especially in bad times.

In addition, a well-conceived, self-service portal will significantly reduce regulatory risk and radically improve efficiency when the consumer opts-in to receive notices, documents and information electronically. This benefit may be increased for companies taking the whole process to the digital from initial engagement to document execution.

In fact, Washington state passed mortgage servicing legislation in 2018 requiring servicers of loans secured by residential property in the state to have a web-portal for consumers and nonprofit housing counselors. (See Washington State Legislation WAC 208-620-903(1)). This was adopted in part from similar provisions in the landmark National Mortgage Settlement.

However, because servicing bears the weight of being a cost-center, it is often difficult to get technology dollars for loss mitigation when defaults and foreclosures are at pre-crisis lows which was the case until one day in March of 2020.

Servicers with the foresight to have made those investments during default-downtime are much better positioned to face the current crisis and need make only incremental changes to adapt to another new wave in mortgage servicing.

Q: Other than technology, are there other steps that servicers can take to be in a better position to handle the volume and severity of the current problem?

Melchiorre: Yes. There is a seasoned, knowledgeable and effective stable of resources available for mortgage servicers to leverage who are especially suited for this crisis – with its severe and unmatched stress on homeowners. The thousands of HUD-certified, nonprofit housing counselors who contributed mightily to servicers’ loss mitigation efforts during the Great Recession should be re-engaged by our industry as their skills are needed now more than ever.

A well-conceived integration of their services into the borrower outreach and engagement component of loss mitigation will not only relieve call-center logjams but provide trusted-advisor services homeowners desperately need during this dilemma.

There were several successful performance-based fee programs initiated by Wells Fargo, Fannie Mae and Treasury during the past mortgage crisis that overcame the inconsistencies of grant funding and provided measurable results that could be quantified with meaningful servicing metrics.

There has never been a better time to resurrect these models and improve them with collaborative technology that allows the advocacy sector to play its role seamlessly within the loss mitigation process. 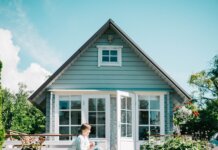