PERSON OF THE WEEK: In less than six months, Americans will be heading to the polls to either re-elect President Obama or replace him with former Massachusetts Gov. Mitt Romney. But what role will housing-related issues play in the election? MortgageOrb spoke with political commentator and blogger D. Dowd Muska about the overlap between housing and politics.

Q: During the GOP primaries, housing-related issues did not receive a great deal of attention from the majority of the candidates. Why do you think the candidates mostly avoided the subject?

Muska: The nominating bases of the dominant parties are not representative of general-election voters. GOP primary/caucus participants care more about social issues (abortion, homosexuality) and foreign policy (Iran, terrorism) than the ‘typical’ voter does. When it comes to economic affairs, tax hikes and Obamacare are the right's red-meat issues today.

There's also a racial/ethnic explanation – Republicans are overwhelmingly white, and the foreclosure crisis disproportionately affected blacks and Latinos. So it was probably a wise decision for GOP presidential candidates to listen to their consultants and stick to other subjects.

Q: Mitt Romney caught a lot of people by surprise last month when he stated that he would consider shutting down the U.S. Department of Housing and Urban Development (HUD) – an idea that Rep. Ron Paul advocated. Has Romney genuinely embraced the libertarian message that Paul has preached, or do you see this as an attempt to appeal to the smaller-government conservative voters?

Muska: Whether it was motivated by an appeal to the true believers or a legitimate desire to eliminate HUD, I was delighted to hear Romney's comment. The department is a $50 billion embarrassment – it is riddled with corruption and waste that are constantly being documented by reporters, auditors and the occasional criminal investigation.

Besides, the federal government has no business involving itself in housing at all. With the nation's Treasury drowning in red ink, I can't think of a better candidate for the chopping block.

If you're a HUD supporter, though, don't be too worried. Republicans have a long record of promising reductions in government but either failing to deliver, or expanding the programs they claimed they would cut. So Romney's proposal should be treated with a heavy dose of skepticism.

Q:Â President Obama has openly acknowledged that his loan modification programs have not reached their intended goals. In your view, why hasn't the president received more criticism for these programs' shortcomings?

Muska: We certainly can't count on the mainstream media, who adore Obama, to hold him accountable for any of his failed policies. It will be interesting to see if the Romney campaign, as well as the independent organizations that will be backing him, highlight the programs' underperformance. Perhaps they will, but there's an embarrassment of riches here. The ‘green’ debacles, continued high unemployment, expensive energy, an unpopular healthcare power grab, a quagmire in Afghanistan, the ‘Fast and Furious’ imbroglio – they may decide that other issues resonate better with likely voters.

Q: As the general election campaign gets under way, will we see housing become a major issue? Or will it be avoided by both sides?

Muska: In the regions of the country where housing has suffered the most, I suspect it will be a major issue. The Miami Herald, for example, recently reported that Moody's is predicting a 12% drop in Case-Shiller's South Florida index for 2012, with another 4% drop in 2013, which would ‘roll back property values to where they were in June 2001.’ The story's the same in Nevada, another fierce battleground. Housing is, quite rightfully, a huge issue in the states hardest hit by foreclosures and declining home values.

Elsewhere, it probably won't get as much attention. One possible reason: the timing. Homeowners' pain continues, but the bust began in 2006, and other economic problems are fresher in their minds. Taxes, the price of gasoline, high unemployment, the future of healthcare, the ‘stimulus,’ exploding federal debt, stock-market volatility, etc. have captured voters' attention in the years since the bubble popped.

Also, mobility seems to have come to a halt in the U.S. as a result of the Great Recession and a very weak recovery. For now at least, many homeowners are paying less attention to the value of their main asset, since they're not planning to relocate anytime soon. 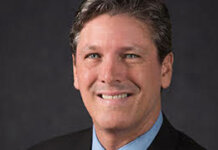 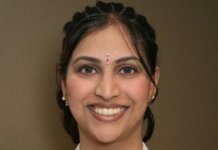 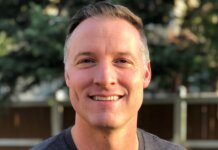