BLOG VIEW: Mortgage loan limit announcements used to be the happiest days in real estate – annual events that told the world how the U.S. real estate market was working. If you saw a big rise in the loan limit, you knew it had been a good year – and that the value of your home likely went up.

That's not the case anymore. The 2015 loan limit announcement from the Federal Housing Financial Agency (FHFA) has all the oomph of a soggy shoe. It says that except for 42 counties, the maximum size for conforming mortgages – the loans that can be purchased by Fannie Mae and Freddie Mac – is the exactly the same as 2014.

This ought to be chilling to anyone who thinks the economy is improving. Only 42 counties out of 3,144 county and county equivalents had local real estate markets that were strong enough to justify higher loan limits.

With the way the system was set up before 2008, you knew that Fannie Mae and Freddie Mac would announce new loan limits in November or December, allegedly based on rising or falling home prices from the prior year plus a dash of holiday cheer.

You also knew that the conforming standards would tell you the new Federal Housing Administration (FHA) loan limit. That's because the FHA single-family loan limit in high-cost areas was pegged at 87% of the Freddie Mac limit. Outside the continental U.S. – in Alaska, Hawaii, Guam and the U.S. Virgin Islands – the FHA loan limit was 50% higher than its domestic peak.

Meanwhile, with Veterans Affairs (VA) loans, there wasn't – and isn't – an actual loan limit. Instead, there's a loan guarantee ceiling, but lenders are free to make bigger loans with less VA coverage if they like. You can look at the guarantee and know the maximum VA loan size that would be acceptable to virtually all lenders.

There was one other thing we all know about the loan limit system: It is designed to prop up home prices, and is, in some measure, and maybe in large measure, a PR stunt. Loan limits were supposed to be based on home price movements from the year before but magically fell only one time in the 37 years between 1970 and 2007 – the tragic year of 1990 when the loan limit dropped by $150, prompting cries of anguish throughout the land. Usually, the system was fudged so that after a rough year, loan limits simply continued in place – think of the $203,150 limit in 1993, 1994 and 1995.

No amount of gloss could cover up the price declines that began in 2007, but loan limits continued on their independent way, powered by a unique combination of complex economic models, insightful analysis and magic beans. According to the FHFA, national real estate prices in August were 5.8% below the 2007 peak – but the 2015 conforming loan limit is the same as eight years ago.

No matter. To make the loan limit system ‘work’ – or at least to make it produce desired results and outcomes – the government simply changed the rules with the Housing and Economic Recovery Act (HERA) of 2008.

Under HERA – despite plummeting home values nationwide and a massive increase in foreclosures – the conforming standard grew to $729,750. Why? Because without higher loan limits, it was feared that home sales in high-priced areas, such as Southern California, Boston, Connecticut, New York and Washington, would largely come to a halt.

At the same time, the FHA loan limit was instantly pushed from $417,000 to $625,500, and yet somehow, no one was calling for a smaller FHA market share or was worried about reserve fund capital levels.

Instead of a national loan limit, we now have HERA-induced, county-specific maximums – that's why loan limits are rising in 42 counties but remaining the same everywhere else.

I miss the old system. It had clarity. It was predictable – in a bamboozling sort of way – and you knew that either loan limits would rise or that bean counters would come up with some excruciating way to explain why the limits should not be lowered.

Alas, today the mortgage loan limit system is about as exciting as an in-depth study of paper clips. It's an annual bore. Take me back to good old days, the days with magic beans.

Peter G. Miller is a nationally syndicated real estate columnist. His books, published originally by Harper & Row, sold more than 300,000 copies. He blogs at OurBroker.com and contributes to such leading sites as RealtyTrac.com, the Huffington Post and Auction.com. Miller has also spoken before such groups as the National Association of Realtors and the Association of Real Estate License Law Officials. 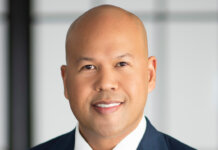 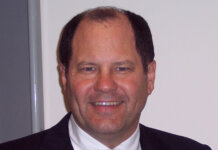 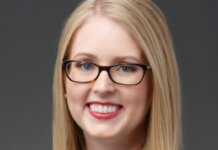