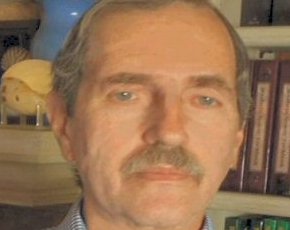 BLOG VIEW: “The housing market’s biggest constraint at the moment is tight credit standards,” says The Weekly Standard – a view that is widely shared, and with some reason: According to the Urban Institute, “Lenders would have issued 6.3 million additional mortgages between 2009 and 2015 if lending standards had been more reasonable.”

Lenders don’t quite see it that way. They argue that mortgage credit standards have loosened substantially and, as evidence, point out that between March 2012 and December 2016, the Mortgage Bankers Association’s Mortgage Credit Availability Index went from an index score of 100 to 175.2.

1) The dangers of loose credit

There’s always a demand for looser credit, especially among those who do not face losses in the event of a foreclosure. For mortgage lenders, investors and insurers, the big issue is how to balance risk and reward.

Back in 2006, the Mortgage Credit Availability Index – the index that now stands at 175.2 – reached almost 900. Borrowers at the time could get mortgage financing by merely guessing their income (stated-income mortgage applications), failing to supply paperwork (no doc loans), and opting for loans with monthly payments that did not even cover interest costs (negative amortization loans).

This grand period of loosened credit did not work out so well. More than 7 million homes were lost to foreclosures and short sales, and the economic damages were worth an estimated $16 trillion. Even today, the distant rumble of the foreclosure meltdown can still be felt: In 2016, “more than half of all active foreclosures nationwide are on loans originated between 2004 and 2008, with a much higher share of legacy foreclosures in some markets,” says Daren Blomquist, senior vice president at ATTOM Data Solutions.

Given the dangers of mortgage requirements, which are too weak, what more can lenders do to responsibly increase the availability of credit? Here are six possible strategies to loosen the credit box without breaking the mortgage system:

“Rules and regulations put in place to prevent the kind [of] bad loans that led to the mortgage market meltdown have been very effective but may have over-corrected and made it difficult for qualified borrowers to get a loan,” says Rick Sharga, executive vice president at Ten-X.com, an online real estate marketplace. “The rules have resulted in low levels of foreclosures and delinquencies, but there may be tweaks and changes, which can loosen credit requirements without materially increasing risk.”

For example, under Dodd-Frank, 40-year financing is not within the definition of a qualified mortgage. Such long-term loans offer lower monthly payments that translate into a better debt-to-income ratio. And although it’s true that the potential interest cost for a 40-year mortgage is very much larger than its 30-year competition, it’s also true that the typical home is sold within 10 years – meaning much of the higher cost for 40-year financing is avoided. If Uncle Sam changed the rules for fixed-rate, 40-year loans, there’s little doubt that more borrowers would safely qualify for financing.

Lost in the Federal Housing Association (FHA) premium debate and its related politics is the reality that lower FHA fees translate into more home sales.

Rather than requiring several months of bank paperwork, lenders with borrower permission are increasingly able to directly access bank information.

Automated verifications can speed the application process and increasingly give lenders the option of basing their ability-to-repay due diligence on bank statements rather than tax returns. For self-employed borrowers with many write-offs, the use of bank statements can improve their ability to qualify for financing.

“Many people make poor economic decisions because they are financially illiterate,” said a 2015 research study by Olivia S. Mitchell and Annamaria Lusardi. Financial illiteracy, they reported, “contributed substantially to widespread defaults on subprime mortgages in the recent financial crisis.”

Many credit problems are essentially optional, made because prospective borrowers simply don’t understand how the financial system works, and as a result, they make bad credit choices. For instance, Mitchell and Lusardi noted that many people cannot figure out how much interest is generated by a savings account generating 2% annually over a five-year period, even when multiple choice answers are provided.

One way to get better credit scores and fewer foreclosures is to insist on financial literacy. We require potential borrowers to give credit scores and down payment savings, so why not a few hours of class time, which would help them understand how the credit system works?

Lenders have to deal with credit reports, some of which are wrong. Research by the Federal Trade Commission found in 2013 that “one in four consumers identified errors on their credit reports that might affect their credit scores.” Many had errors that reduced credit scores by 25 points, while a few consumers – one in 250 – actually faced reductions of 100 points or more.

Why do loan officers have to see mistakes that invariably slow down mortgage applications and possibly result in higher rates or even a decline in the number of loans issued? Why is it that the financial community does not have a public education campaign that encourages potential mortgage applicants to review their credit reports – for free at AnnualCreditReport.com – at least two months before applying for a loan? In that way, there would be enough time to get rid of incorrect and out-of-date items before credit is formally reviewed by loan officers and before erroneous credit report damages the ability of mortgage applicants to get better loans and lower rates. 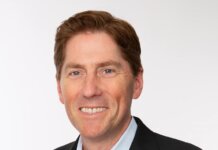 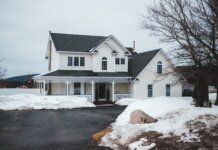 Stated income loans have been around for decades and had nothing whatsoever to do with the real estate crash of a decade ago. It is the lower down payments and approval for folks with bad credit that were the problem. It is nothing but insanity to tell someone who has a home worth 2 million dollars that they cannot have a 100k loan on that property because they do not have sufficient income. This person with the 90 percent plus equity should be able to get a govt backed loan at a low interest rate. Or refinance their higher-payment loan.… Read more »