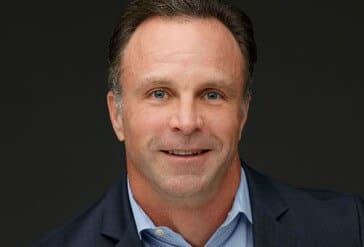 PERSON OF THE WEEK: Bob Jennings is CEO of ClosingCorp, a provider of residential real estate closing cost data and technology for the mortgage and real estate services industries.

MortgageOrb recently interviewed Jennings to learn more about the latest trends in real estate closings, based on ClosingCorp’s deep repository of closing data, including where closing costs are highest and lowest in the U.S.

Q: ClosingCorp recently reported that closing costs for a single-family property were, on average, $5,651 including taxes and $3,438 excluding taxes. What percentage of the home sales price does this represent? And can you discuss what types of fees are included in these costs?

Jennings: We looked at the closing costs that were incurred on 900,000 transactions from late 2017 through the spring of 2018. What we took into account were taxes and transfer fees, plus settlement services costs, like title, appraisal, inspections, etc.

For the most part, the biggest ticket items were taxes and fees (in District of Columbia, DC, for example, the average tax bill, when you added up all the different taxes, hit $20,228.). When you strip out taxes, the most expensive items were title (lender and owner), followed by appraisals, in most cases.

Nationally, closing costs represented 1.08% of the total transaction. On average, they accounted for the biggest percentage of home buying costs in Pennsylvania (1.91%) and the lowest in Hawaii (0.73%).

Q: How do these closing costs compare to what was reported in the past? And why did you change your methodology?

Jennings: That’s hard to answer, since as you noted we changed our methodology this time.

The last time we did this survey, we simply used average home sale prices, as calculated by a third party, and then took an average of every settlement service provider’s rate card for that market.

The trouble with this approach was that, in some markets, most of the work goes to a smaller number of more active, more competitive suppliers and some of the posted rates are simply placeholders, because they’re too high.

To solve for this, we looked at the actual fees that were charged by the most active, settlement service providers in each market. Because the average home price is a mathematical construct, and not a real home sale, we looked at real deals in a $100,000 range around the average home price in each market. Then we drilled down to the CBSA and county levels.

We believe this methodology is more aligned to the market; but, we will continue to review and refine as we see shifts.

Q: What areas in the country had significantly higher or lower closing costs? And why are there such wide variances?

Jennings: As one might expect, the highest costs tended to be in the markets with the highest home prices: primarily on the coasts.

Keep in mind that some states such as Alaska, Missouri, Mississippi, Indiana, or Texas do not have a real estate transfer tax imposed.

Q: Conversely, when you look at just the settlement services costs, the geographical differences seem too narrow. Why is that?

Jennings: What the survey shows is that there are some basic costs, like title and appraisal, that fall into a tighter range. They are, to some extent, a factor of the home’s price, but less so than taxes. So, when you look at the average settlement services costs as a percentage of the total transaction in a given state, you see some unexpected numbers.

For example, in D.C., where the average transaction falls in the $700,000 to $800,000 range, the total fees without taxes was $6,206; however, settlement services averaged $976, title owners policies were $1,842, and lenders $2,719. This clearly shows that title and settlement fees still make up the largest portion of costs, outside of taxes.

Q: Last year, ClosingCorp conducted a survey that said 17% of homebuyers are surprised that closing costs were even required. Do you think this is still the case? Why or why not?

Jennings: I’d like to think that TRID and our industry is doing a better job of educating buyers on the costs associated with home sales closings.

But for first-time homebuyers, particularly, in high-cost markets, my guess is that there is still a lot confusion on required closing costs, which can be rolled into the loan versus cash-to-close proceeds.